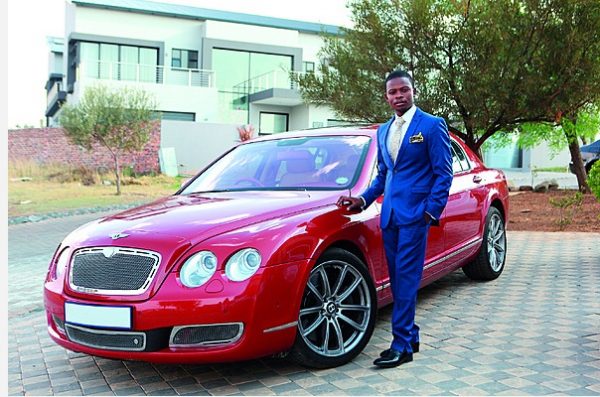 Considering the fact that he is among the richest pastors in Africa and in the world with properties and investment worth millions of dollars, we decided to look into the life of the acclaimed ‘prophet’ Shepherd and his net worth.

All the way from Malawi, Shepherd Bushiri started ministering in 2002 which saw him gather thousands of members to come worship in his church the ‘Enlightened Christian Gathering Church‘. Using miracles that reportedly go as far as walking on air, Bushiri’s work spread throughout the southern hemisphere and ended up opening branches in South Africa, Botswana, Zambia, Tanzania, Namibia and Ethiopia.

With a net worth over $150 million, a fleet of luxury cars, mansions and private jets, the prophet also known as ‘’Major 1’’ faces a slew of negative comments and allegations that he is a religious con-artist.

In a tell-all interview with Drum, prophet Bushiri slammed down all negative comments about how he accumulated his wealth and said:.

“I’m not just a prophet,” he begins. “I’m also a human being who is a responsible person, married with kids. I am very business-minded.

“For example, the Bentley I drive was bought before I came to stay in South Africa. I bought houses in South Africa way before I opened the church less than two years ago in Pretoria.

“In short, I am a businessman. My wife, Mary, is a chartered accountant. She used to work for a big institution as a director of finance. I made her resign because of the business we do.

“I started out in business doing farming on a small scale,” he says. “It grew into a big scale operation, and from the profits we bought a small piece of land that had minerals. As it panned out, we sold that piece of land, but before we sold it, we did evaluation on the deposits there and they were worth quite a lot of money. We sold that land and, from the money we got, we’ve been investing in mining.”

So there you have it from the man of God himself, hard work and determination always pay out in the end…

Here are some of our local celebrities who were born in the same year.

Take a look at Cassper’s warrior look for Fill Up FNB Stadium.