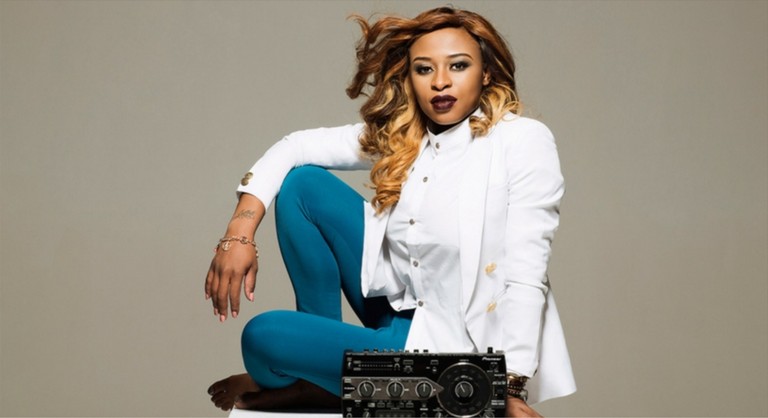 The countdown has begun for the annual Huawei Joburg Day musical extravaganza. And while this year will be the second time the event will be held virtually, organizers said fans are in for a treat.

The festival will not only feature the cream of South Africa’s musos but new talent will get to showcase their skills.

Twenty-two-year-old, Jordan Rivers is one of the lucky winners of the new talent search and will get to share the stage with Goodluck, Micasa, Jesse Clegg, Black Motion featuring Brendon Praise and Msaki, Prime Circle and DJ Zinhle.

Rivers, who hails from Vereeniging said he was thrilled to be mentored by Jesse Clegg.

“Working with Jesse was amazing and just a little bit overwhelming. He’s such a down to earth guy, he gave real solid advice about the industry and what it takes to succeed. We also focussed a lot on the actual stage performance part of it, which was great,” he said.

The other winner was Randburg-based Courus, who describes her music as a fusion of neo-soul, hip-hop, contemporary jazz and RnB. The rising star said she has always been a fan of Micasa and even performed at an open mic session at J’Something’s restaurant.

“Being mentored by the guys from Micasa was such an experience. They are really amazing performers; their insights about always responding to the crowd, about loving the music and letting yourself feel the passion have been invaluable,” she said.

Music royalty, DJ Zinhle said while the lockdown has been tough, not allowing her to do what she loves most, it did provide time for reflection.

“It’s been great getting to spend more time at home, with family and being able to focus my time and energy into my businesses. I think I needed the breath of fresh air to refocus. I’m a DJ first so not being able to attend events or shows was quite hard for me but my team and I have been able to identify other opportunities and grow our other ventures which is nice,” she said.

DJ Zinhle said she was able to do other work which helped with having an income.

“Though I still can’t promise any release dates or finished projects, I will say that I’m always working on something. We’ll have to wait and see. I’ve invested my time and energy in a few businesses over the years to ensure that I secure multiple streams of income and I am so glad I did that,”said the savvy business woman.

When she’s not a DJ, Zinhle heads up her accessories brand, Era and she’s also the CEO of Boulevard Rose as well as Jiyane Atelier.

DJ Zinhle hopes that fans will travel with her through her music journey on the big day.

GoodLuck lead singer Juliet Harding said despite the restrictions that came with lockdown, they have found the silver lining.

“I guess we have just been trying our best to deal with the reality of how things have slowed down and we have tried to find some magic in that space rather than try to fight it. It hasn’t been easy but I think in some ways we have seen more personal growth in the last year than we have had in many years, so that has been a very good thing for us,” she said.

Despite the lockdown, the group was still able to create and record their GoodLuck Up Close unplugged album.

“The lock down gave us all a chance to slow down and the music went with that approach. I think we have truly created one of our biggest masterpieces with this record. We also made a live streaming TV show called ‘The Luck Down’ which we created to keep our fans in as much of a positive head space as possible. Connecting with our fan base has been a vital part of keeping sane over the last 12 months,” said Harding. The group said 90% of their revenue comes from gigs and they have seen a 90% dip but there have been some lucky breaks in between.

“We had to cancel our summer tour (which we had put so much love into) as well as two tours to Europe, one to Asia and another to Australia were tough pills to swallow. I got Tick Bite Fever recently too which was fun… hahaha,” she giggled.

And what can fans expect this Huawei Joburg day?

“Let’s just say if you are scared of heights…. this gig is NOT for you. No seriously, the location will blow your mind plus we are bringing so much energy, dance music and good vibes only,” said Harding.

Earlier this week, one of the biggest names on the bill, AKA withdrew from the event saying he needed to focus on his current state of mind.

Kwesta and AKA to perform alongside Talib Kweli at SXSW music festival in America!