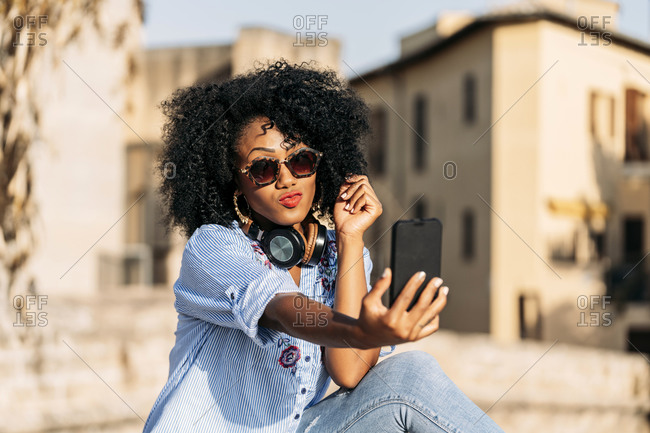 Valentines Day is around the corner, the last thing one needs right now is to agigate the other gender – who are already seemingly losing interest in participating on that day by forming silly groups such as ”The Stingy Men Association”.

We often do things out of negligence mostly on the internet with the mindset of being social and meeting new friends, but in most cases they reflect on your personality, whereby, affecting your proposed relationship.

Here are 8 things you might be doing on social media that could be turning potential man away:

A few selfies are fine, but be aware of how revealing they are. Unless you’re at the beach, selfies that show off a lot of skin can actually scare off potential boyfriends. Guys who are looking for a girlfriend may not take you seriously if all of your selfies are a little risqué and revealing. Whether you mean to or not, it sends the signal that you’re just having fun and not looking for a real relationship.

Social media was created in large part as a platform for complaining, sure, but you don’t want to overdo it. For the record, most guys will like that you’re opinionated and passionate about subjects, so if you feel strongly about something, feel free to post something. Still, there’s a fine line between expressing your opinion and going on rants. Some guys will get turned off if they see your Facebook page and it’s nothing but long paragraphs raving about everything wrong with the world.

Whether it’s friend, foe, or lover, nobody likes when a person does some vaguebooking on social media. Posting vague and cryptic messages on social media is akin to playing games in a relationship. If a guy notices that you do this, he’ll assume you like playing games and are more than a little immature. If you can’t come out and say what you mean, most guys aren’t going to waste their time trying to figure out what you mean.

This seems like a good idea to woo a guy you just met, but not if you want the relationship to go beyond the bedroom. When things get a little more serious, sending nude Snapchat pics can be super sexy. However, you don’t want to do it at the beginning of a relationship. It may not scare him off, but it will make him think that you’re not looking for anything serious and you’re not girlfriend material.

5. Posting pics of other guys

It’s usually best to minimize the number of pictures of random guys on your social media. Potential boyfriends are going to see these pics and you probably don’t want them to be unnecessarily jealous or intimidated. If you have a brother or close friend who keeps popping up in your photo albums, that’s fine, but the more random guys found in your pics, the faster a good guy’s feelings for you will fade.

Some guys will be overwhelmed and turned off if you tweet too often. Reading 10-tweet rants on a daily basis is a bit tedious. Remember, nobody wants to follow someone who’s going to be clogging up their timeline every day.

7. Being guilty of premature status change

A great way to scare off a guy is to change your relationship status too soon. This seems like it should be standard operating procedure, but don’t tell the world that you’re in a relationship until you talk to your partner. Don’t let the guy learn on social media that he’s officially in a relationship. Wouldn’t it be romantic to talk about it first so you two can change your status at the same time?

Unless you’re camping with your family or having a sleepover with your girlfriends, having one posted online is probably going to turn off potential boyfriends. He’s going to wonder who took it and assume it was another guy. With that, his crush on you will quickly fade away.