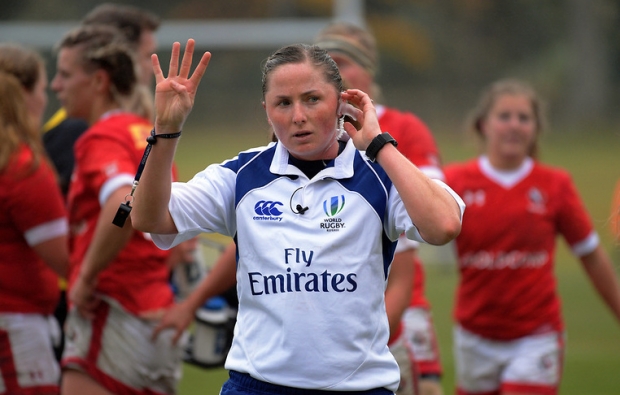 The 33-year-old Aimee Barrett-Theron was the history maker at rain-soaked Loftus Versfeld in Pretoria as the Bulls triumphed 21-5. The Bulls ended a 10-year trophy drought by beating the Pumas to win the Super Rugby Unlocked title in what was the first top-level XV-a-side match in the country refereed by a woman.

“This is not how we scrum – sort it out,” she instructed the rival front-rows two minutes before the break after, yet another set-piece reset. “That is unnecessary – do not do that,” Barrett-Theron told Bulls fullback David Kriel after he pushed an opponent in an off-the-ball incident during the second half.

The Bulls just needed to do to clinch the title was not lose by 41 points, something that was never likely against a Pumas side hit hard by Covid-19 positive results in the last 10 days. The Stormers finished second and the Sharks third after their much-anticipated clash in Durban on Saturday was cancelled after a number of Sharks tighthead props also returned positive Covid-19 tests.

Meanwhile, the Cheetahs finished fourth after a bonus-point 28-9 victory over Griquas in Bloemfontein in the final match and the focus now switches to the Currie Cup, which begins next Friday.

Man United captain Harry Maguire has been arrested in Greece