After inciting rumours last week of her being engaged to her long-term bestie, Maps Maponyane, Boity Thulo has also gotten an engagement ring. She posted an image of her hand with an exquisite and expensive-looking engagement ring on it on her Instagram account with the caption: “Testing the waters at the @delairegraff jewelry shop.” 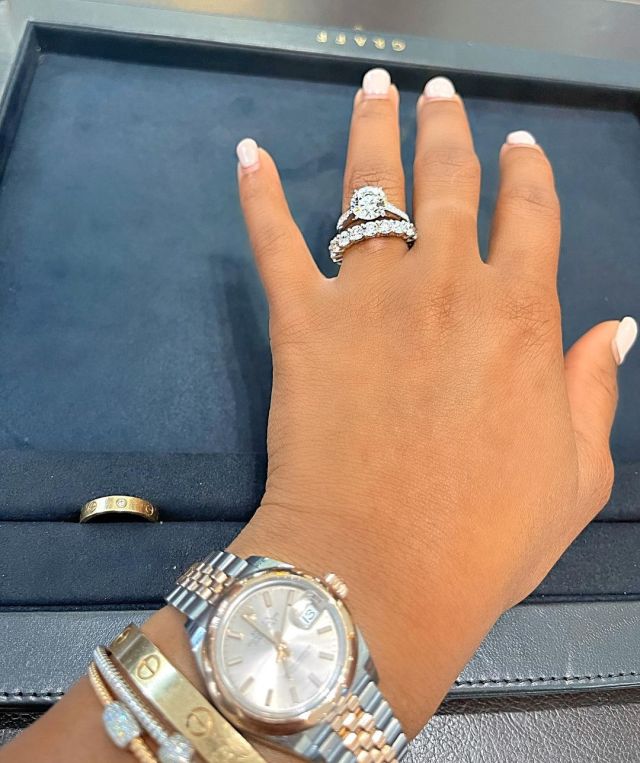 It was also reported a few days ago that the #BoityEngagedByMaps rumours might soon become a real thing as the actress jokingly stated that she’s looking for a wedding venue.

Rumours of the two dating have been doing the rounds for years and got more hectic after Boity broke up with her boyfried and Maps broke up with Nomzamo Mbatha.

The two have attended each others birthdays in the past, exchanged expensive gifts and even have their mother’s approval if they indeed took their friendship to the next level.

Though the reality star bought herself the ring, “just to test the waters”, her followers wouldn’t be shocked if she and Maps actually tied the knot already as a lot of celebrities have shockingly announced their marriages on social media.

·Dineo Ranaka whose double barrelled surname appeared at the end of the closing credit of her Mzansi Magic show.

Amanda Du-Pont who announced her marriage after her grandmother past away.

·Phelo Bala and Moshe Sadiki who announced their one year wedding anniversary after their public fight and breakup.

·Pebetsi Matlaila who announced she was already married straight after doing an interview where she said she’s scared of marriage.

Thulo who is a big fan of all things love, also took to her Instagram account a few days ago to discuss the dos and don’ts about love.