Celebrity babies are taking over social media and fans are loving it! From newborns to toddlers, these cuties warm our hearts with their charms and little smiles and keep us scrolling. Having made a name for herself as gqom artist, Babes Wodumo is looking to show Mzansi that she’s capable of more and hints that an amapiano collabo with Kamo Mphela may be on the books.

The self-proclaimed gqom queen, new mom, new wife and reality TV star revealed that she’s looking to get a piece of the amapiano pie, in a recent chat with TshisaLIVE.

Babes promised her fans that she’s been working hard on the music side of things and essentially multitasking to ensure that she doesn’t starve her fans while she focuses on bringing up her baby boy, Sponge.

“I’m trying to move it both at the same time as we done shooting for the reality show. My second coming single from the second-best selling gqom album Idando Kazi after Gqom Queen, Intomb Yesgebengu which is very exciting.”

Babes added, “We are working on some amapiano feature with Kamo, and some well-known international artists.”

Mampintsha said fans must never despair where he’s near because he always had something cooking in the West Ink studios.

“We cooking as West Ink Records, we gonna release new artists and new single from me and Babes celebrating our new child.”

Meanwhile, Sponge bagged over 4k followers on Instagram after his parents launched his page.

Rushing to go see the lil one’s fans found that Sponge’s face is still covered by emojis in the pictures posted on the page. Babes  — who is handling the page so far — hosted a Q&A where she revealed that she and Mampintsha would wait for the “the right offer” to announce Sponge’s real name and reveal his face.

Here are some of the snaps from the Q&A session: 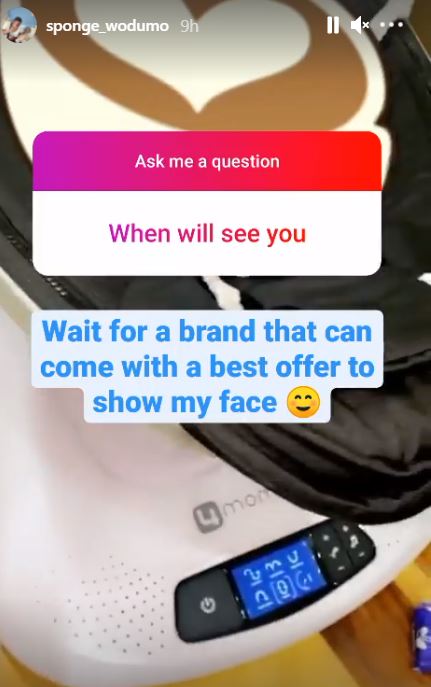 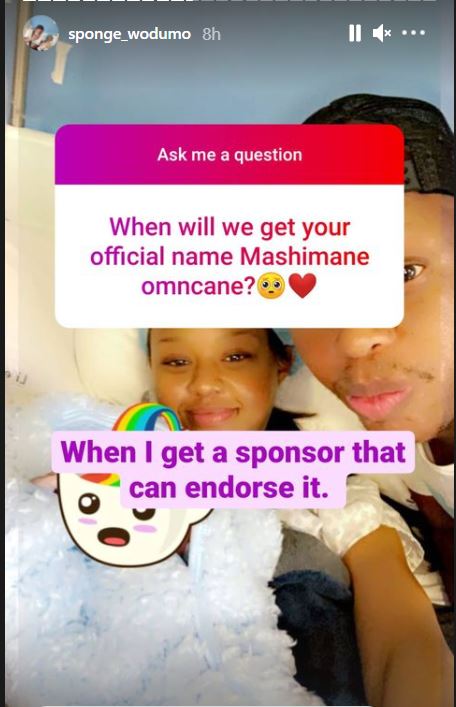