Cardi B is one woman is who is not afraid to express how she feels about somebody. The rapper recently made headlines when she opened up about looking up to Rihanna and wanting to be a ”Billion-Dollar woman like her.

The “Up” rapper made an appearance on Stationhead, the growing social audio platform, that was hosted by BARDIGANGRADIO on Wednesday (March 17). With nine top 10 hits on the Billboard Hot 100, Cardi told a fan who asked about what other career goals she has that she doesn’t just like million dollar deals — she wants billion dollar deals. 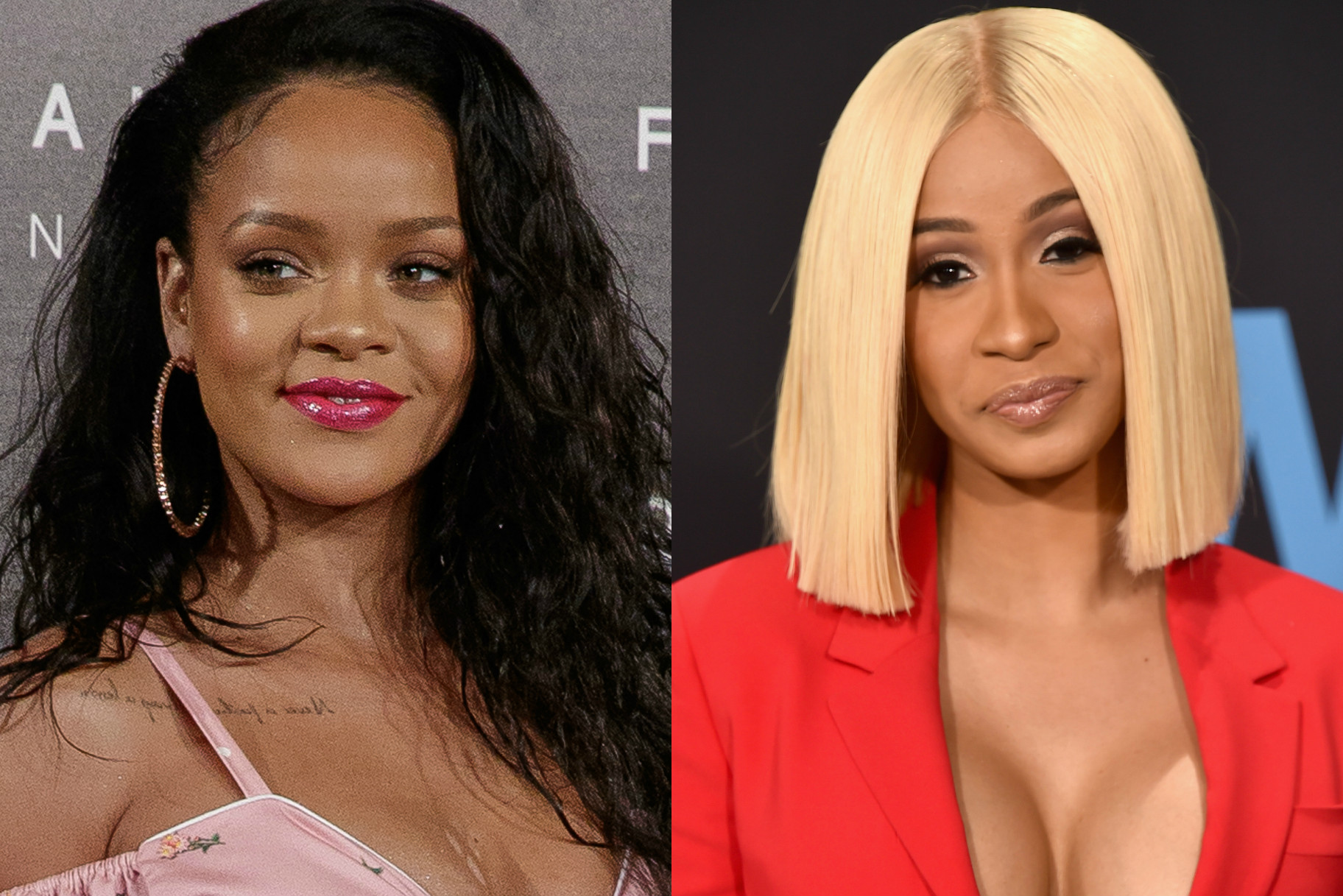 And when it comes to who she looks up to for their successful handling of music and business acumen, she looks no further than RiRi and Jay-Z, who are respectively known as the world’s richest female musician and hip-hop’s first billionaire. More recently, Rihanna’s Savage x Fenty lingerie line was valued at $1 billion.

“When I came to the game and people used to be like, ‘Who do you look up to?’ I always used to say, ‘I don’t look up to nobody because I didn’t really understand the game and I only feel like I got influenced by the people that was around me,” she answered, while naming her mother and the other “stripper bi—es” she used to dance with.

“But now that I’m at the level that I’m at, one of my biggest influence is Rihanna and Jay-Z. And I’m not just saying it to kiss a– or anything. I just feel like they’re so influential because Rihanna comes from a country, a Caribbean country, that my parents came from and she’s a whole billionaire,” Cardi continued. “But for her to make her business so big and be a billionaire, that’s what I strive to be. That’s what I want. I want to be a billion-dollar woman. I want to build a huge brand.”

When another fan asked if they could expect a visual album from her in the future, Cardi explained why the feat would be “very f—ing difficult” for her to pull off, and why Queen Bey was successful, who’s now pulled it off twice with Lemonadein 2016 and Black Is Kingin 2020.

“It literally takes me a whole month to literally do one song. And let’s say I got six trap songs,” the “Bodak Yellow” artist said. “Like Beyoncé, she did a visual album but all the songs is R&B. R&B usually has a story. So let’s say I have six trap songs on my album, right? What story is it really telling?”