Britain’s Queen Elizabeth II on Tuesday, 12 October used a walking stick for the first time at a major public event, as she attended a church service at London’s Westminster Abbey.

QUEEN ELIZABETH | WESTMINSTER ABBEY
The 95-year-old monarch stepped out of the car in which she was travelling with daughter Princess Anne holding a black stick – a rare sight for the record-breaking monarch.

The last time she was photographed using a stick was after undergoing a knee operation in 2004. Her office did not give any reason why she was using the walking aid Tuesday, but a source did tell CNN that it was simply for her “comfort”.

Britain’s Queen Elizabeth II and Britain’s Princess Anne, Princess Royal depart after attending a Service of Thanksgiving to mark the Centenary of the Royal British Legion at Westminster Abbey in Londo. Image: ARTHUR EDWARDS / POOL / AFP.
The Queen – Britain’s longest-serving monarch – has generally enjoyed good health in her old age, and a brief hospital stay with a stomach bug in 2013 was her last known bout of illness.

Her husband Philip, who was formally known as the Duke of Edinburgh, died on April 9 aged 99, just weeks short of his 100th birthday and after a period of illness.

prince philip
Queen Elizabeth II and Prince Philip. Image: Fiona HANSON / POOL / AFP.
BEING QUEEN OF ENGLAND
It is reported that Elizabeth has been the Queen of England since 6 February 1952. In September 2015, she surpassed the record for longest rule by her great-great-grandmother Queen Victoria, who ruled for 63 years, seven months. 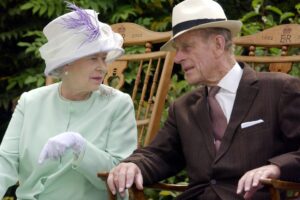 Next year, a celebration of her 70 years of service is planned for June 2022, which is set to celebrate one of her greatest passions – her love of horses – with a four-day equestrian extravaganza at Windsor Castle. But that’s not all:

“Throughout the year, Her Majesty and members of the Royal Family will travel around the country to undertake a variety of engagements to mark this historic occasion culminating with the focal point of the Platinum Jubilee Weekend in June,” the royal family’s website reported.

A PLATINUM JUBILEE
An extended bank holiday, from Thursday, 2 June to 5 June 2022 will provide an opportunity for communities and people throughout the UK to come together to celebrate the historic milestone.

TNS taking action against police who used excessive force on him

Nkazimulo Ngema, better known by his stage name as TNS, stated that he was a victim of a forceful arrest

Getting to know the real Kim Kardashian – Before fame

Here’s why Dr Musa stands out amongst men!

AKA and Nadia Nakai were once an item

“I spent some millions on this”: Offset buys Cardi B a house as a birthday gift