Somizi has taken to his social media to reveal he will be back on radio soon.

The star made this known after a fan shared that he has missed him.

However, the media personality was involved in a huge scandal with his estranged husband, Mohale which led to him being temporarily removed from a few of his projects including his gig as a host on Metro FM and his gig as a judge on Idols SA.

Many of his fans expressed how much they have missed him.

Somizi on the other hand responded assuring that they shouldn’t miss him any more because he will soon be assuming his position at the station.

The media personality revealed that he will be back on the airwaves this coming Monday.

He said: “Don’t worry i’m back on Monday” 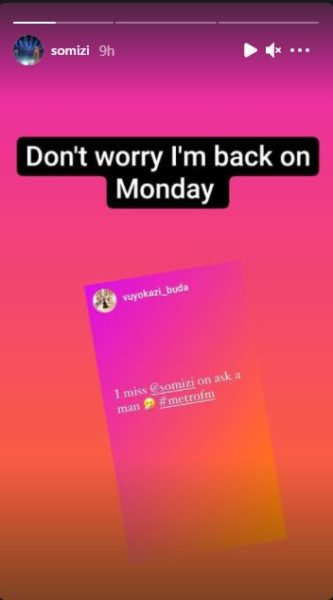