DJ Sbu has done it once again! The DJ has taken to social media to share that he now boasts the world’s longest marathon show record.

The veteran radio host took to Instagram on Wednesday, 13 January to share that he broke the world record recently when he did 216 hours of non-stop radio to raise funds for a charity organisation. The experienced media personality has been a radio host for big Mzansi radio stations such as Metro FM, Ukhozi FM and YFM. He is also a club DJ and a musician. The star posted on Instagram:

“Thank you for the experience. Marathon Longest Music Radio Show in the World, 216 hours of non stop music radio raising funds for @Siyazigabisa through @SLEF_SA.”

People congratulated the DJ for his amazing charity work, @tiisetso_thoka wrote, “Congratulations Groopman, and many thanks for opening the avenues for us and also showing us that anything is feasible .”

@tamamakhaye said “They can say what they need but wena Sbuda uyiqhawe. (you’re a hero)”

@zodwalibram congratulated Sbu by saying, “bozza yam,” alongside a couple of emojis. 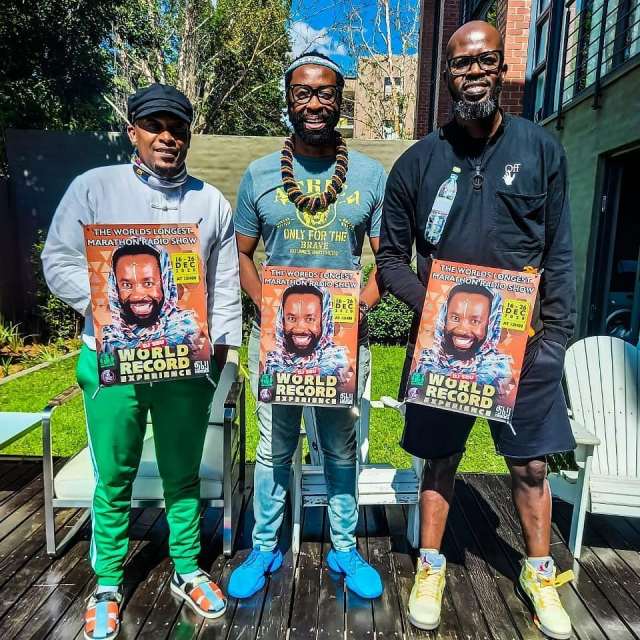 Guests on his show included Black Coffee, who was seen holding the placard which honored DJ Sbu and his record-breaking initiative,

Towards the top of last year, DJ Sbu announced during a news conference that he is going to be making his big musical comeback. He planned on launching his album ‘The African Odyssey’ in October but ended up releasing it on January 5.

“My best work so far. Watch this album mature like fine wine. many thanks to everyone involved during this masterpiece DJ SBU HOMECOMING: THE AFRICAN ODYSSEY,” he captioned his post.

DJ Sbu also plans to elevate his station Massive Metro and grow the station even bigger. That’s not all, he announced the launch of his Mo Faya beverage range with a variety of 12 different flavors that have a Mo Faya flavor.

If you think Mzansi has no talent, you should look at this make-up artist’s work!

Advertorial: Unisa’s College of Science, Engineering and Technology students are widely recognised in the workplace

These five signs prove that you are destined to become a millionaire.

E-SA Birthday Shoutout: Supa Mega enters the sweet age of 33 today! Biography below. Today we celebrate one of the