Donovan Goliath is more than just a comedian. He’s first and foremost a father, a host and a storyteller. After speaking to him following a series of astounding hosting appearances for The Lite Show season 2, we found his ability as a wordsmith unbridled.

We talked to Donovan via phone about his career, fatherhood, virtual reality and the state of comedy in SA.  Check it out below:

Firstly, massive congratulations Donovan on your new arrival! How does it feel to finally be a dad?

”This is a very difficult question to answer. I feel like only until you become a dad, then one can only know how it feels to be a dad. It’s an indescribable feeling you know, when my wife delivered our baby I burst into tears because I was overwhelmed with joy.. It’s the best feeling in the world.”

Did you sometimes use your jokes to cheer her up when preggy moods kick in?

”I always use preggy jokes, even when preggy moods kick in. She did hate me though because she had a c-section and once you undergo through that, you have to give your op wound some time to heal and I’d always crack a joke and she’d hurt herself a little lol”

So far, what have been your highlights of life with a new baby?

”This is an interesting one hey! First of all your whole life changes, you develop a new routine and you realize it’s all about her right now and you can never drop the ball on that at all. But it’s so interesting because everyday feels like we click on a reset button and when I look at my daughter’s face, I fall in love all over again”

What’s been the grossest thing you’ve seen or had to do so far as new parents?

”I don’t think there is anything gross with being a parent besides the usual change of diapers which you get used to as time goes on. My love for my daughter makes me overlook such things man.”

Let’s start from the beginning, how did you get started with comedy?

”You know it’s funny because I never used to be in comedy before.. I had a lucrative job in advertising when I abandoned it to pursue a comedy career full-tim. This comes after I attended a comedy show once in 2010 and a guy was performing and telling his story in a funny way, and that really captured my attention. So I decided to wite my first set and went to perform at an underground joint in Melville and people loved it. From that day, I never looked back.”

What’s your most embarrassing moment on stage?

”I was in Botswana once and I was meant to do a 45-minute set for a massive audience and I prepared a set. When the crowd walked in, I was surprised to find that most of the attendees were mostly white people. I was a bit nervous and ended up pulling my best gags within the first five minutes and ended up slowly dying & losing my mojo. One guy stood up and started chanting swear words at me, told me I’m wasting their time and the crowd clapped me off the stage.”

How would you describe your humor or style?

”It’s just observational comedy, I talk about relatable topics and expand them as much as possible. I always get into a specific character and paint the picture as vividly as I can for the audience,”

What’s your most accomplished moment?

”I think I’ve had way too many of those, but the biggest one is opening up the Goliath comedy club in Melrose Arch. I mean, who would’ve thought that four youngsters, one from Mthatha and three from Eldorado Park would get to open up a restaurant/comedy club?” 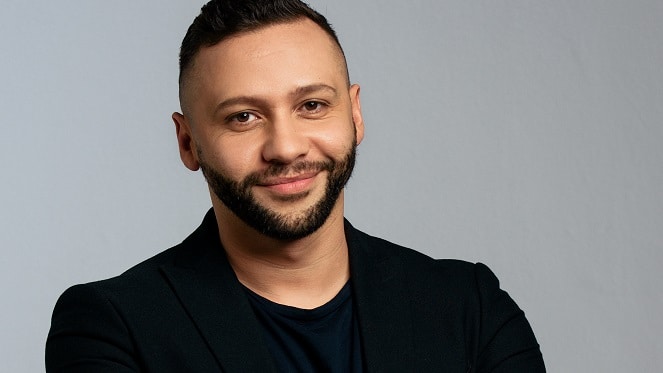 Listen to the full interview with Donovan Goliath below: