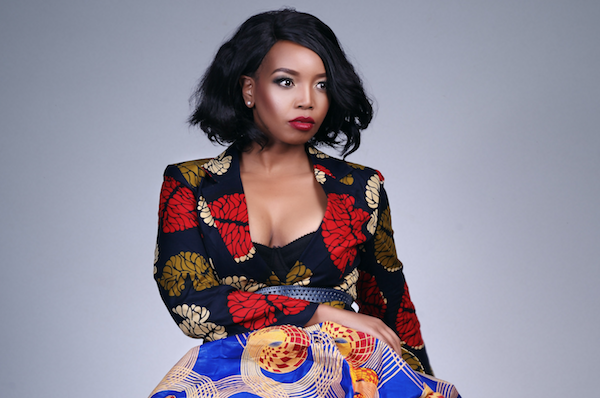 Thembisa Mdoda has finally broken the silence on why she really left Our Perfect Wedding. One would be surprised that although she seemed content as presenter of the show (probably because of the way she perfectly presented), Thembisa revealed that she ‘didn’t feel appreciated.’

In what sense? Speaking to Gareth Cliff on CliffCentral, Thembisa opened up about her departure from the show, saying it was time for someone else to have the experiences she had on it.

“I loved that show so much. It did so much for me as a woman, as an artist, as a person, as a mom. I honestly felt that it needed to do that for someone else. I’d been there for two years, the longest running presenter. I had won three awards and I felt that someone else needed to feel what I felt going through on the show,” she said.

Thembisa announced her departure from the production in August, with sources telling TshisaLIVE that the star felt it was time to move on.

She told Gareth that her decision was made when she was negotiating with producers and felt she wasn’t being valued.

“If I feel that I am not seen and I feel that they no longer care, then I am going to go. Literally, when we had negotiations I felt I needed to go… As someone who studied drama and who appreciated the work I do, I am not going to lie, I didn’t feel appreciated,” she added.

Despite this, her split from the show didn’t come with any drama and she served as a mentor to help producers identify and choose her replacement.

She told TshisaLIVE that it was important for the new host to love the production enough to deal with the demands and emotions that came with being part of it.

“I would love the person (who gets the job) to actually love the show. I was looking for a host more than I was (looking) for a presenter. A people’s person and someone who can deal with emotions and unexpected things. Because, presenting OPW is not just a job, you become a big part of someone’s big day,” she explained.

Neyo and his wife Crystal are expecting another baby!

Has DJ Zinhle got a new bae?