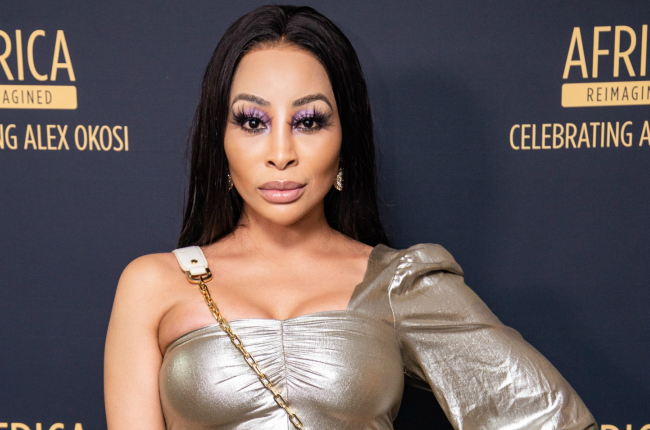 Khanyi Mbau has decided to add her voice to the current alcohol ban in the country and she is pleading for another strategy to support the liquor industry.

The Entrepreneur and reality TV star raised this after president Cyril Ramaphosa recently announced that the country will be moving to alert level 3 of lockdown.  Taking to her Twitter account, Mbau started by commending Mzansi for adhering to the alert level 3 lockdown regulations after Chris Baragwanath hospital reported zero new trauma patients on new-year’s eve for 2020.

Mbau ventured into the alcohol just recently, launching her own gin named I Am Khanyi. She questioned whether hospitals reported zero trauma cases because there was a strict curfew implemented which had many people indoors and said she is raising this topic because she is also in the alcohol industry and many people who work in this industry will be affected by the ban this January.

“Was it because law enforcement was out, there was a strict curfew and there were no parties allowed because I doubt that when the president banned the alcohol it made the alcohol disappear. People had alcohol in their homes.  The reason why I am raising this is because it is January, schools are about to open there are families and people that work in the liquor industry that cannot go back to work, earn a living and support their families and make sure that their children go back to school,” she said.

The actress raised her concerns and asked what is going to happen to her workers who also need to maintain their families as they cannot generate an income due to the ban of liquor. “I am in the alcohol industry, I have a gin, what happens to my staff what do I do to help them live their lives and have a better 2021 that was better than 2020?” she added.

Mbau suggested that the government should consider another strategy to support the liquor industry. “I feel like maybe we need to look at another strategy instead of banning it completely maybe we can have a few days open just to support the industry so people can live.” She said it is also up to the masses to be responsible and consume their alcohol indoors to save lives.