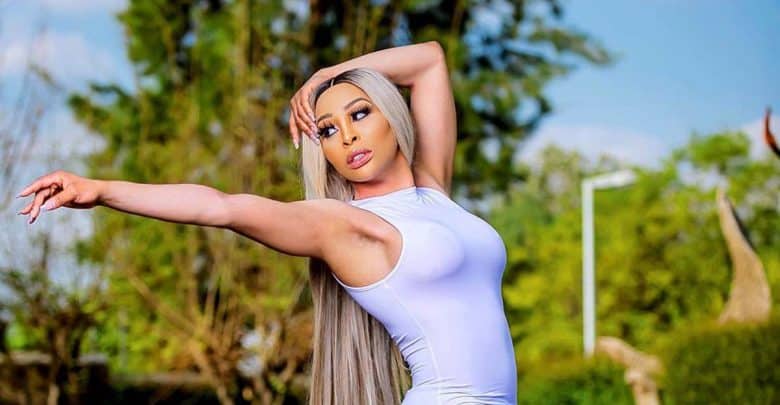 Khanyi Mbau is definitely not going to let this one slide..  after voicing out her concerns last week regarding the President’s decision to close the sale of liquor in the country to curb the spread of COVID-19.

Media personality Khanyi Mbau is not convinced alcohol is one of the main reasons why the number of Covid cases and deaths continue to skyrocket, and posed her questions to President Cyril Ramaphosa in a video that ignited heated debate.

The reality TV star, who explained she has many unanswered questions regarding the ban on alcohol sales, distribution and public consumption, took to Twitter to ask the president how government plans to help employees who can’t provide for their families due to closed trade in the liquor industry.

In the video, Khanyi said despite the alcohol ban, she has noticed an increase in Covid-19 cases and deaths almost daily.

Khanyi said she did her math and came to the conclusion that during the country’s three alcohol bans, the industry had lost 1,000% of its profits.

“If we put of all of those profits together, it can actually come to help the health industry. It can be put together to help come up with a solution. The vaccine is another topic, but that money could go into doing the research and the creation, and also acquiring it to try and fight this invisible enemy.

Khanyi asked whether infection numbers were going up because of alcohol or because of irresponsible people.

Watch the video below:

This is not the first time Khanyi has called out the government for the ban on alcohol.

Last week, she said: “I am in the alcohol industry. I have a gin. What happens to my staff? What do I do to help them live their lives and have a better 2021 that was better than 2020?”

Although Khanyi might feel the alcohol ban is unfair, in his emotional speech on December 28, Ramaphosa implored people to change their behaviour. He said excessive alcohol consumption was putting pressure on the healthcare system due to stabbings, gunshot wounds and accidents.

This resulted in trauma units filling up while the lives of already-stretched health workers were being endangered.

“The sale of alcohol will not be permitted. The prohibition on consuming alcohol in public spaces remains. Distribution and transportation will be prohibited,” Ramaphosa said.

According to TimesLIVE, every New Year Chris Hani Baragwanath Hospital is kept busy dealing with casualties, but this year the influx of patients was as a result of the coronavirus instead of trauma from accidents associated with revelry, drinking and fireworks.

A professional nurse, Busi Ramafoko, works in the resuscitation bay at the hospital, thanked Ramaphosa for the lockdown, which she said had alleviated the burden at the hospital and given it more capacity for health workers to focus on the job at hand.

Here’s what a Pretoria girl would do to an accidental R14 million transfer!

OMG!!! BREAK UP PRANK ON BOYFRIEND GONE WRONG!!! (MUST WATCH)