The pair have served us some serious relationship goals for some time now, so please excuse us for jumping in joy when we heard the good news. The sound of wedding bells has just got better after rumours surfaced of Khanyi Mbau and her Kwela Tebza boyfriend Tebogo Lerole taking their love to the next level.

Although the rumours have not been confirmed by neither Mbau or Lerole, sources have revealed that Tebogo has popped the big question.

Sources close to the situation claimed that Tebogo killed two birds with one stone when he organised a surprise birthday party, and an engagement ring.

The source says Tebogo flew Khanyi’s dad and her siblings to be with her while she was at work.

“They love each other and are always around each other. They might as well get married,” said the source.

This mole said the two had been together for years, and have lived practically like a married couple since they started dating. 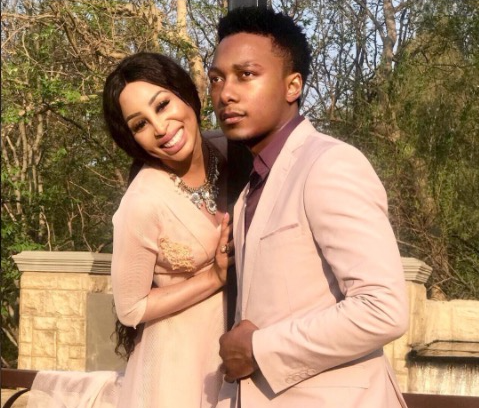 The informant alleged that the couple was planning their big day for next year.

The source added that the couple wanted to prolong their engagement because they didn’t want to rush things.

“Their careers are booming and there’s a lot happening. They’re not rushing into anything,” said the source.

The showbiz mole claims Khanyi’s daughter loves Tebogo and sees him as a father figure, and he loves playing a fatherly role for her.

“They get along like a house on fire. Tebogo has played a big role in her life and their relationship is amazing,” said the source.

When called for comment, Khanyi asked: “Does it matter?” Then she added: “Let’s leave it like that, it’s none of anyone’s business.”

Tell your boyfriend Im not afraid of him. Cassper tells Boity on stage!

Rihanna jets off to Ibiza with her billionaire bae!

Keeping up with Boris Kodjoe while he is in Johannesburg!