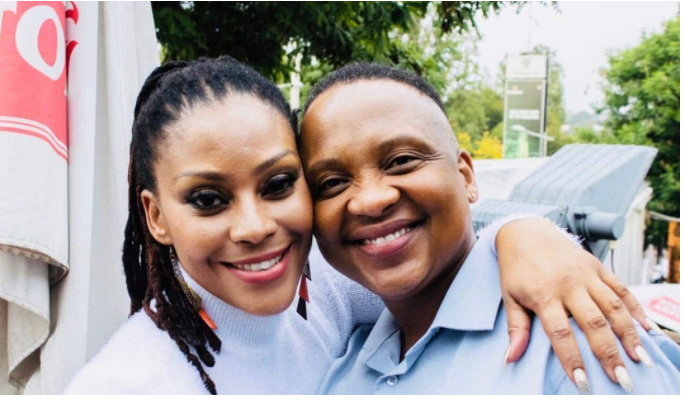 According to Sunday’s World, there will be lobola negotiations and Keswa will be the one paying since she’s the one that popped the question. But now the question on everyone’s lips is: “how much will Keswa pay Makhene’s family?”

When businesswoman; Lebo Keswa popped the question a few weeks ago, South Africans asked: will Makhene’s girlfriend; Lebo Keswa not pay lobola for Makhene since they’re both women? Or will Keswa pay lobola because she’s the one that proposed according to the banner which read” Letoya will you marry me?” Or will there be no lobola negotiations since Makhene was previously married? How does it work?

Keswa is currently a Senior Managing Director at Letoya Makhene Foundation since April this year. She is a gay rights activist, a political commentator, and a writer. She has written for The Sunday Independent, Daily Maverick, Mail & Guardian, Sowetan, and Essays of Africa Magazine.

She has also co-hosted on the Jeremy Maggs Power Week Show on Power FM Radio Station and was a Research Executive at SABC for a Feasibility Study in 14 African countries.

After looking at Keswa’s profile, Latoya’s family might not be getting less than R50 000 worth of lobola from the Keswa’s. Makhene was married before, and she’s a mother of four and her family won’t be asking Keswa’s family for a hefty price. The two also work together on Latoya Makhene’s foundation.

According to Letoya’s friend, she trusts Lebo Keswa and this will be the last time she gets married. Letoya couldn’t be happier according to close sources and their social media posts together.

Somizi and Mohale to have third wedding in Italy

Simz Ngema | Women have it hard – they are judged for everything