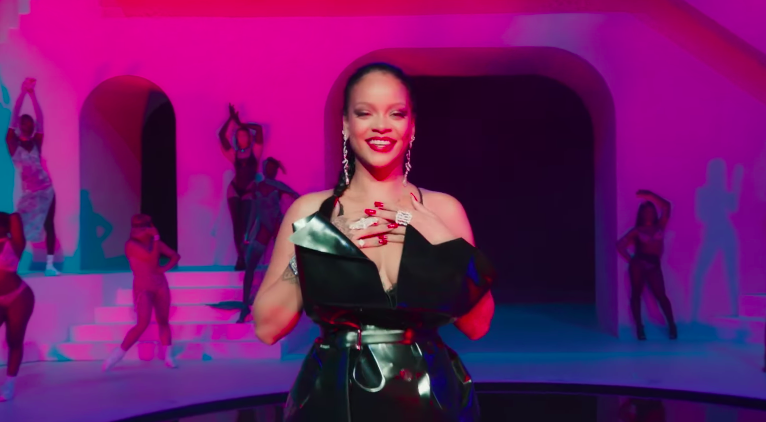 Rihanna’s next Savage X Fenty collection will be showcased via Amazon Prime Video next month.

The billionaire businesswoman has announced her next lingerie collection will be showcased on September 24 via the subscription service.

Alongside a clip of her showing off a sexy sparkling blue all-in-one thong bodysuit, the 33-year-old singer teased on Instagram: “Oh you think you ready ?!”

The announcement comes a few weeks after the ‘Rude Boy’ hitmaker was named a billionaire.

Rihanna is now estimated to be worth $1.7 billion, with Forbes magazine reporting she joined the billionaire club thanks to her hugely popular music career as well as her fashion and beauty brands.

Asked by a 247Paps.TV photographer what it means to be a “self-made billionaire”, she simply replied: “God is good.”

And while the Bajan beauty is listed as the wealthiest female musician, it’s her fashion and beauty businesses that make up the largest chunk of her earnings.

The publication has reported around $1.4 billion of Rihanna’s wealth comes from her 50 per cent stake in Fenty Beauty, which she launched in September 2017.

Since first introducing her shade-inclusive make-up brand, Rihanna has expanded into Fenty Skin and a soon-to-be-launched Fenty fragrance.

Another portion of her earnings, around $270 million, is believed to have come from her size-inclusive lingerie line, Savage X Fenty, which the star debuted in 2018.

Rihanna’s impressive wealth even comes as she has pressed pause on her music career, with her most recent album, ‘Anti’, being released back in 2016.

The ‘Needed Me’ singer teased earlier this year that new music was coming “soon”, but has remained tight-lipped on any further news.

And Rihanna also revealed the COVID-19 pandemic has been “humbling” and has helped her “appreciate the little things in life” like going for a walk or cooking.

She said: “I’ve enjoyed doing the little things I wouldn’t normally have time to do, like cooking, going for a walk and riding my bike. It’s been humbling, too. [The pandemic] has affected so many people in horrendous ways – it’s reminded me that it’s important to appreciate the little things in life.”