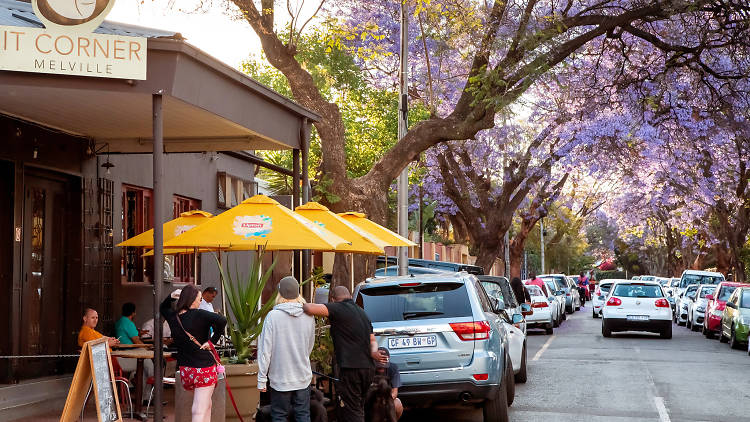 The Gauteng suburb, Melville has made Time Out’s prestigious list of the coolest neighbourhoods in the world, climbing 15 places from the year before.

Coming in at #33 on the list, Melville ranks higher than the exclusive Porta Venezia quarter in Milan, and Tokyo’s culturally rich Kabuto Cho district. The neighbourhood is set to celebrate its 125-year anniversary next year, and we are all hoping that the pandemic will be over by the time we have to celebrate.

“Melville is a joyous, everyone-knows-everyone kind of place. Just north of the city centre, this largely residential neighbourhood’s tree-fringed main road brims with coffee shops, restaurants, and bars that spill onto the pavement. Antiques fan out in front of family-run stores. Artists hawk their creations on street corners.”- Time out wrote.

Melville is a famous stopover in Johannesburg for tourists as it has over 30 guest houses in the area, restaurants, several bars and tattoo studios. Influenced by Portuguese and Mozambican cultures, Melville is the best place for any foodie.

Get ready to buy your Bryson Tiller and Travis Scott tickets

AKA and Cassper to Perform Together for Nyaope Awareness

“I told everybody that I’m not playing politics”: Ice Cube defends partnership with Donald Trump

Ice Cube has pushed back and is defending his alliance with the USA President, Donald Trump to develop a plan

“The Incredibles”….that’s what Chris Brown calls his 2 adorable kids

Pregnancy has never looked so good

Davido’s family success and what they do for a living

Glam Guru’s for the Stars

Health Corner: How to have the Hottest Phone Sex of Your Life

Fired or Moving on to greener pastures?