French designer Pierre Cardin, who extended his brand far beyond the fashion world, has passed away at age the sweet age of 98. The son of Italian immigrants worked with luminaries such as filmmaker Jean Cocteau and designer Christian Dior before launching his own fashion house, drawing on his love for futuristic design.

“Immense sadness,” the academy’s secretary general Cyril Barthalois said via Twitter, adding, “Equally great joy of having known him” through the academy.

Cardin was known for his forward-thinking designs, helping shape what we now see as space-age aesthetics: Clean, curved lines. Bold, beautiful colors contrasted with black tights and leggings. Helmets, visors and experimental materials that exuded both a sense of adventure and a knowing playfulness. 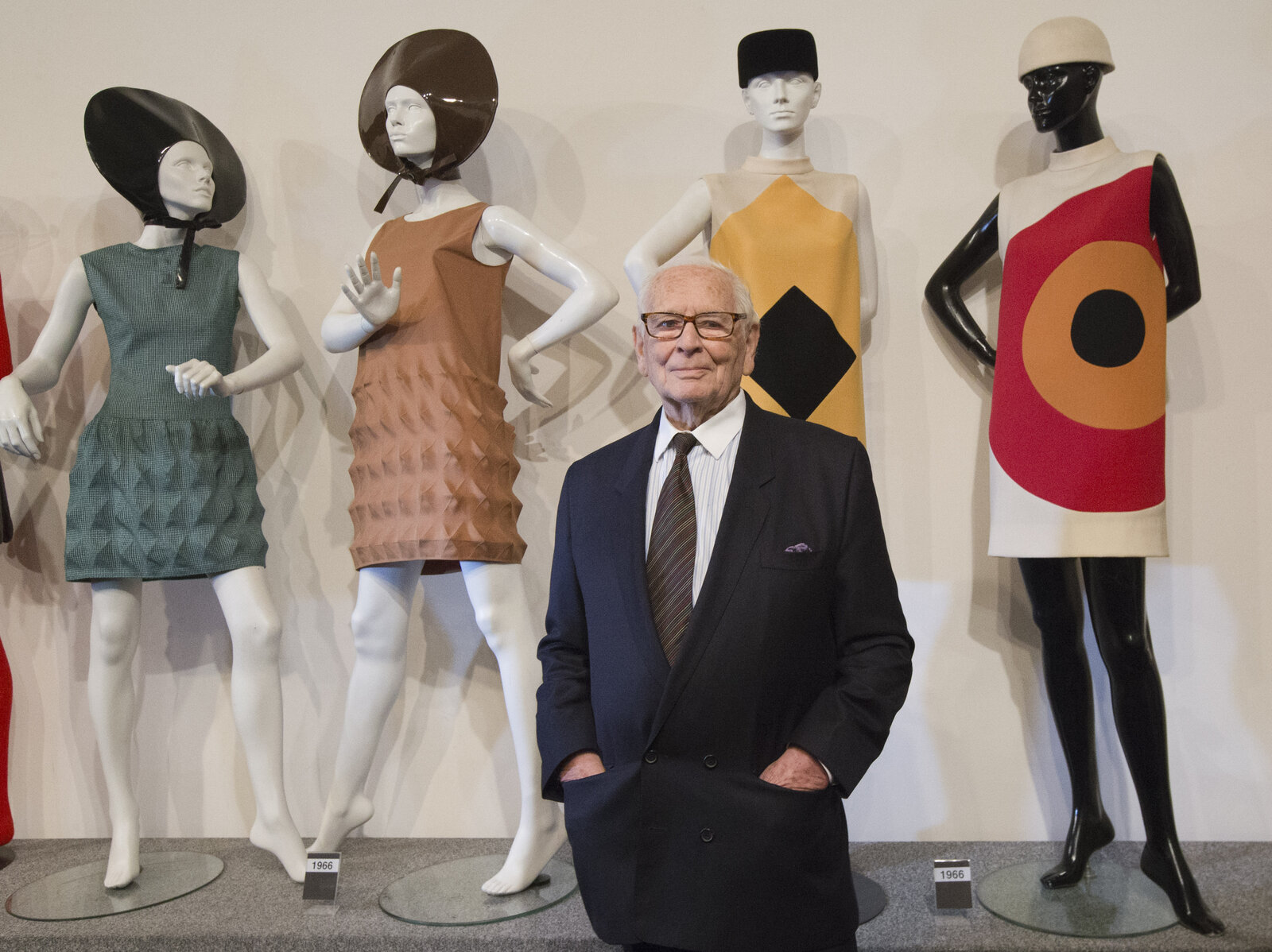 In the 1960s, Cardin’s simple, high-collared suits were a hit with the Beatles. It was one of many ways his work extended past fashion-show runways — he also designed uniforms for nurses and for Pakistan International Airlines.

Outer space was always a main inspiration for Cardin, says Matthew Yokobosky, senior curator of fashion and material culture at the Brooklyn Museum.

“He said to me at one point that when he was a child, he looked up at the sky and he imagined all the stars were women in evening dresses,” said Yokobosky, who curated a 2019 retrospective of Cardin’s work.

“And so when he went to make evening gowns for women, he imagined that they were stars in the galaxy.” 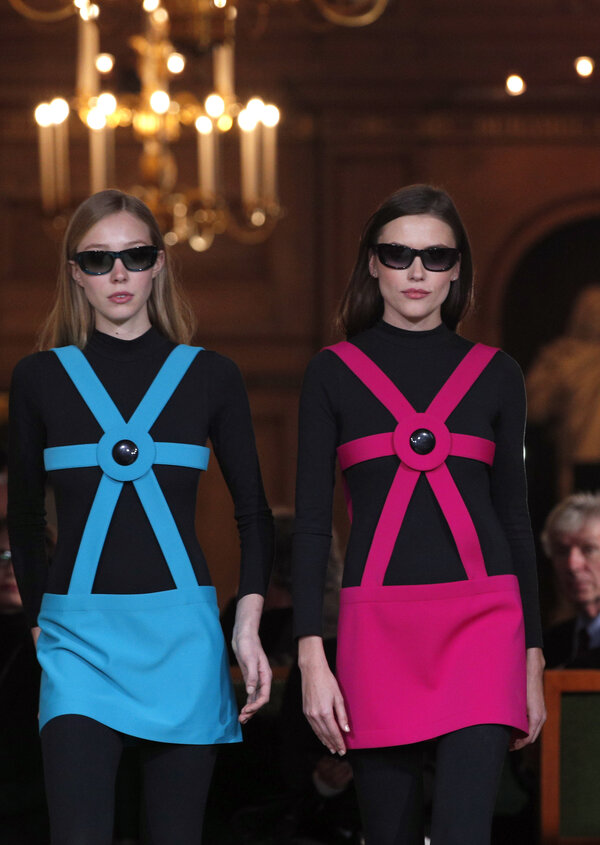 Models wear creations during a show to mark 70 years of creation by French fashion designer Pierre Cardin, in Paris in 2016.

Pietro Costante Cardini was born July 2, 1922, in Venice, Italy, according to the Académie des Beaux-Arts, of which he was a member. His parents moved to France between the two world wars, and the young Cardin worked designing costumes and masks for Cocteau’s 1946 film Beauty and the Beast. Then he started tailoring for Dior. By 1950, Cardin was out on his own, making a name for himself in the world of haute couture.

In 1959, Cardin released a mass-produced ready-to-wear collection with the French department store Printemps. While common today, it was a bold move back then — one that got Cardin kicked out of the small syndicate of haute couture designers. But Cardin had his eye toward getting the world to know his name.

Through licensing and branding deals, the words “Pierre Cardin” have appeared on clothes, furniture, perfume, accessories, cars — even frying pans, as NPR has reported.

While these licensing deals drew criticism that the great designer was diluting his brand, the tactic also gave Cardin’s name and influence a far-reaching legacy.