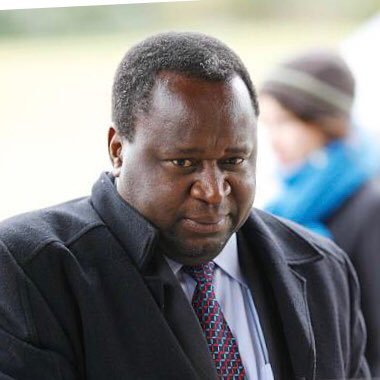 As if getting songs made about him is not enough exposure for honorable Tito Mboweni, the wealthy former South African National Reserve Bank governor has found himself on trends list again, this time around it was self-inflicted.

In a hilarious Twitter post, Tito posted a picture of his sweaty face and captioned it “Be careful of East African chillies at official functions! Too hot and you will sweat badly!! Not good for you…. But tasty… (sic)”

The tweet left tweeps both shocked and in stitches, one tweep even gave Tito the nickname “Tito ‘Keith Sweat’ Mboweni”.

With tweeps always finding pictures to make hilarious memes out of, we have no doubt this picture will make the cut.

Take a look at the hilarious snap and the reactions below:

Be careful of East African chillies at official functions! Too hot and you will sweat badly!! Not good for you…. But tasty… pic.twitter.com/qagwLQcCZk

When she asks you why you were last seen at 1AM this morning.

Lasizwe sets the record straight on new copycat claims: I gave her credit!

We all need to agree that fitness queen, Mapule Ndhlovu, makes this whole exercising thing look like a walk though

Shona Ferguson to Connie: You are my rock sharp fede van toeka af