She has so many titles that she’s been given over the years, but Bonang Matheba is one media personality who always shows up and never disappoints her fans. Queen B is the title that resonates with many and she’s been said to have the same work ethic as Beyonce.

She is not being hailed The Queen for no reason. At the tender of 27, Bonang boasts a career most peers double her age can only envy. Here are 10 Facts about the star

1. She had to audition for her job as Metro FM presenter 3 times before she finally landed the job. Before that, she auditioned 9 times to score the Live Amp gig. See? Patience really is a virtue.

3. She became the first black African woman to be on the cover of Glamour Magazine South Africa

4. In 2013, Bonang became the first brand ambassador of Revlon Cosmetics outside of America. With that she joined under gorgeous celebs like Halle Berry and Emma Stone, amongst others.

5. Never sleeping, Queen B launched her own clothing range with Legit, Just B. That was not enough however, as she then launched her own range of hand bags called Baby Star the following year. In 2014, Bonang joined forces with retailer Woolworths to launch her lingerie range, Bonang For Distraction. She also launched House of BNG

6. She became the first South African celeb to have an online reality show when in 2011, the 27 year old over-achiever premiered her own calleIN 2010.d B’Dazzled. 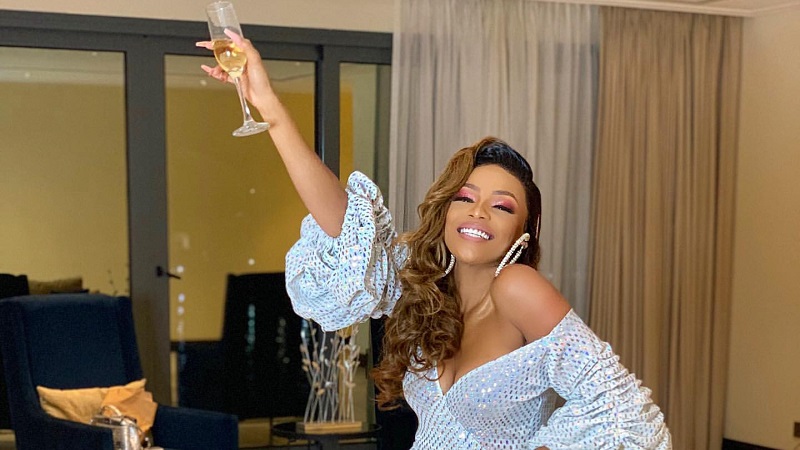 7. Although she has appeared on popular SABC drama series Intersexions, she revealed in 2014 that she will no longer be pursuing acting because it does not come naturally to her.

8. She is allergic to milk and cats.

9. She is the most followed black female celebrity in South Africa on Twitter.

10. She never had to audition for her Top Billing presenter job. She was called up by the show’s producers.

11: Some have nicknamed her Blockang on Twitterverse because she is notorious for blocking haters on Twitter within seconds.

So, deny no longer her slay.