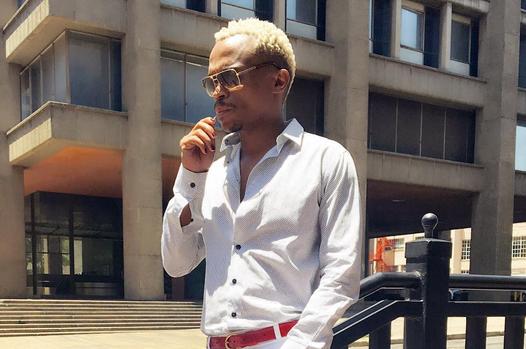 Somizi Mhlongo has created quite a notorious reputation when it comes to keeping friends. The TV and Radio personality is having yet another fallout with a former bestie, actress Liopelo Maphathe.

According to sources, the actress who is popularly known as ‘Luyanda’ on e.tv’s youth soapie, Backstage, might be taking Somizi to court soon.

This comes after allegations that the popular choreographer owes Liopelo an outstanding amount of close to R500 000.

According to the sources, the two had a fallout after Somizi crashed Liopelo’s Audi TT almost nine years ago, but failed to pay for the damages.

Sunday Sun sources say Liopelo has not given up on her money.

And insiders claimed Liopelo met with her lawyers after Somizi started ignoring her.

One source said: “Liopelo has been trying to amicably get her money from SomG, but he’s been giving her the run-around.”

The source said Liopelo had been advised to seek legal advice as she was not getting any joy from Somizi.

“Liopelo has been trying to be civil with SomG, but he clearly doesn’t have time for her,” said the source.

Sunday Sun has learnt that the two have been communicating, but nothing fruitful has come of it.

“Liopelo might be taking the matter to court because it’s a lot of money involved.”

But her lawyer, Steve Tau, said yesterday: “We’re trying to solve the matter as attorneys.” We’re mediating between Somizi and Liopelo.

Yesterday, his manager Thato Matuka said: “It happened before I started working with Somizi. I can’t get hold of Somizi. I can’t comment on something I don’t know about. I’ll consult with him and come back to you.”

The feedback is still pending….

Khune caught hitting on a girl while on the pitch!

No Meek negativity formed against Nas and Nicki Minaj’s relationship shall prosper– report.