E Sport
26/11/2020 Tebogo Nkabinde in pictures, Talk about a life lived fully: Maradona's life
Diego Armando Maradona, who died on Wednesday, less than a month after his 60th birthday, was worshipped like a god for his genius with the ball.
Maradona suffered a heart attack at his home on the outskirts of Buenos Aires. 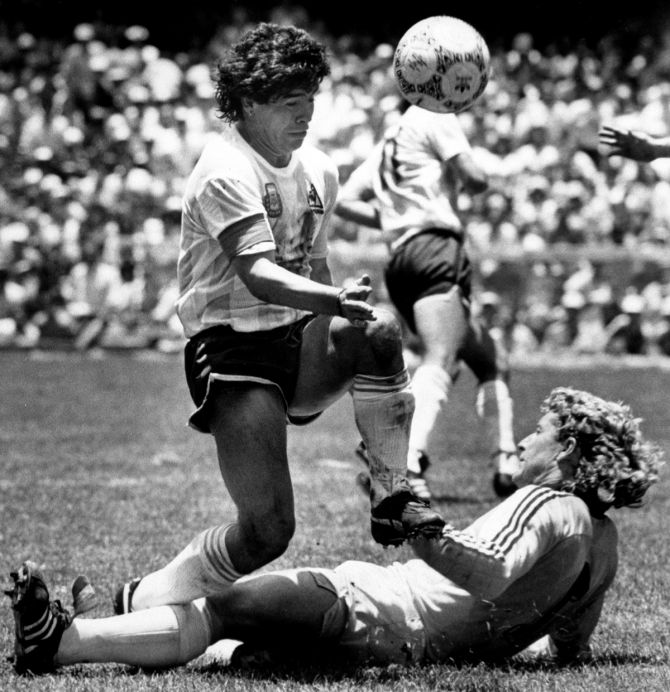 Beloved in his homeland after leading Argentina to World Cup glory in 1986 and adored in Italy for taking Napoli to two Serie A titles, Maradona was a uniquely gifted player who rose from the tough streets of Buenos Aires to reach the pinnacle of his sport. 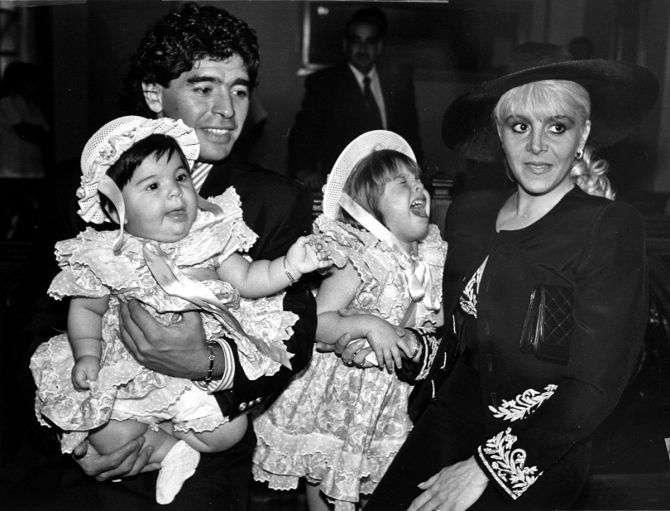 Maradona ended his playing career in Argentina, returning to Boca. He had a brief and controversy-packed spell as the Argentine national team coach from 2008 to 2010 before coaching clubs in the Middle East and Mexico. 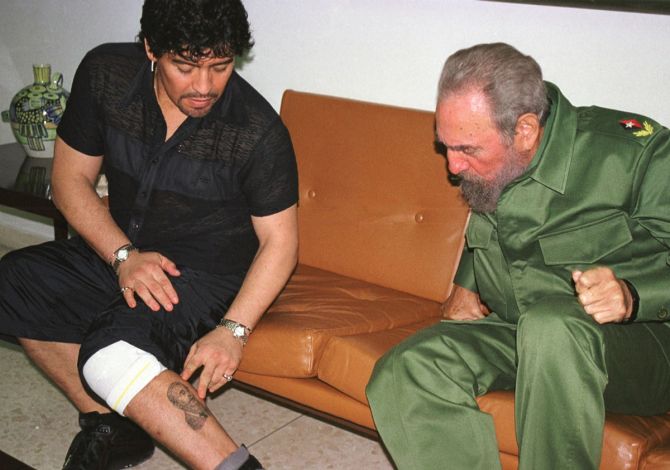 Maradona said Fidel Castro — whom he considered a ‘second father’ and whose face he had tattooed on his leg — once urged him to go into politics. 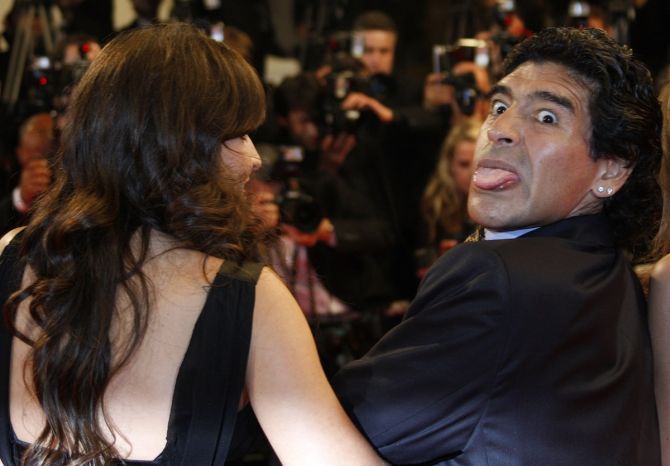 IMAGE: Maradona on the red carpet before the screening of Serbian director Emir Kusturica’s Maradona by Kusturica at the Cannes film festival, May 20, 2008. Photograph: Vincent Kessler/Reuters

Though he never fulfilled Castro’s expectations of him, Maradona championed leftist leaders in Latin America like Venezuela’s Hugo Chavez and Bolivia’s Evo Morales. 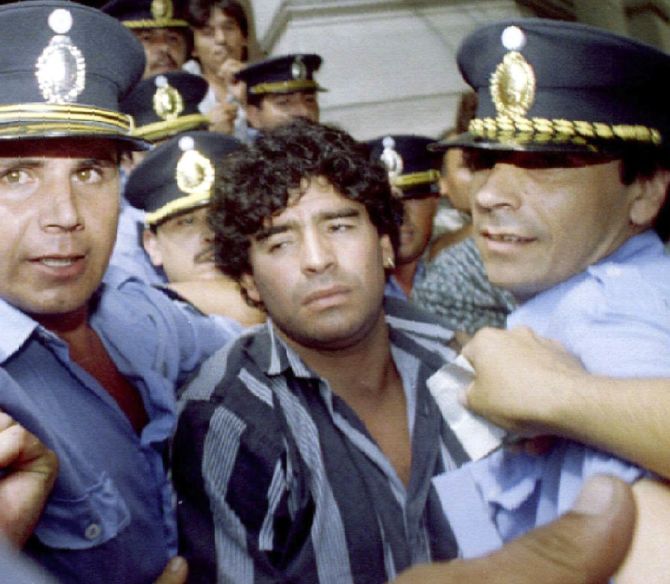 IMAGE: Maradona leaves a courthouse after answering charges he shot and injured journalists outside his country home in the city of Mercedes, 100 kilometres from Buenos Aires, March 15, 1994. Photograph: Reuters

‘Everything Fidel does, everything Chavez does for me is the best (that can be done),’ Maradona said on the Venuzuelan leader’s television show in 2007. 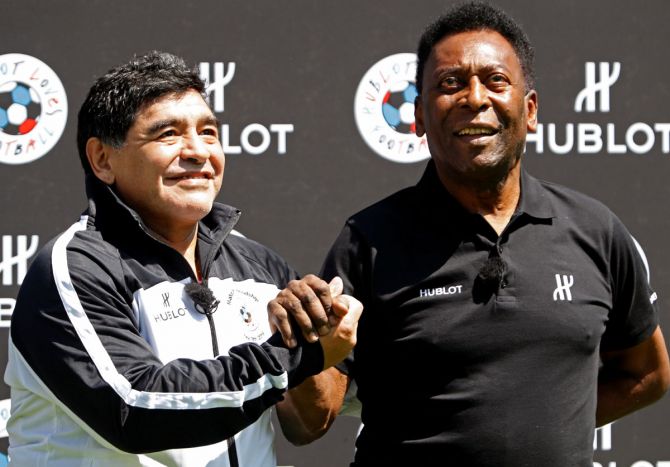 IMAGE: Pele and Diego Maradona — the greatest footballers of the 20th century — at an event on the eve of the opening of the 2016 European Championship in Paris, June 9, 2016. Photograph: Charles Platiau/Reuters

Pele, the Brazilian legend and the only player to have come close to Maradona’s skill level, was quick to pay tribute to the Argentine.