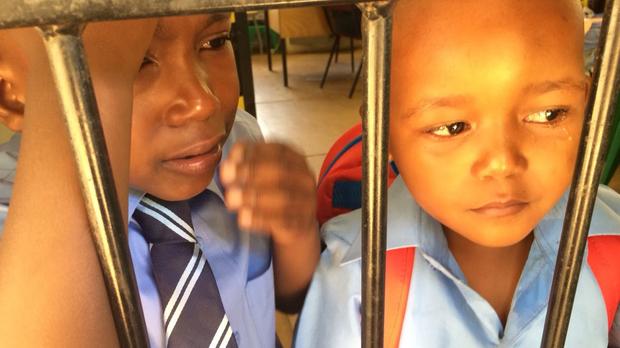 We are pretty sure that most parents would agree that last night’s excitement and joy of starting school, turned into a real hide, seek and cry game for their kids today morning.

That’s because Grade R and Grade one learners nationwide were inconsolable on their first day of school.

you might convince your little one that big boys/girls don’t cry, but wait until you attempt to leave them in class for the first time…. eh!

This is what happens:

Most parents today said they were surprised to see their children crying as they had initially told them they were excited to start with school.

Diana Mkhabela, grandmother to 5-year-old Kamogelo, was just as emotional at seeing her grandson crying profusely.

She said: “I just want to cry seeing him so upset. When I explained to him yesterday he was happy so I don’t understand now what’s wrong.”

Parent Kenneth Maredi spent his morning helping to catch learners trying to escape from their class.

“My son was fine so I decided to help with the other children. I was just as shocked to see him crying when I had to leave,” Maredi said.

The first day of school is always a struggle… #Sigh

Lasizwe sets the record straight on new copycat claims: I gave her credit!

Skolopad’s outfit: from Feather Awards’ most talked about outfit, to a delicious family braai meal.