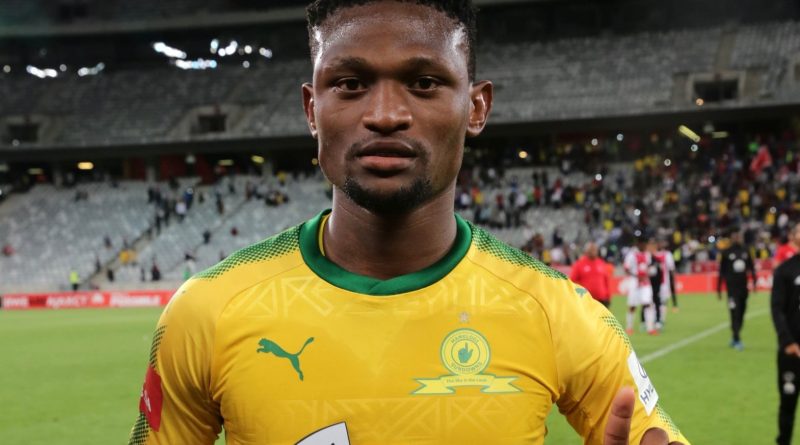 This past weekend was filled with both joy and sadness as Sundowns has suffered another major loss following the death of their player Motjeka Madisha.

The soccer star apparently died in a car crash in the early hours of this morning in Johannesburg. Details surrounding his passing are still sketchy but his passing was confirmed by the South Africa Football players union.

“#RIP #MotjekaMadisha, we are heartbroken. The @Masandawana defender passed away in a car accident in Johannesburg, in the early hours of this morning. Our condolences to his family, friends, and football fraternity,” wrote the union on Twitter.

Meanwhile, the Buccaneers are over the moon following 2-1 win against Bloemfontein Celtic at Moses Mabhida Stadium on Saturday evening.

The club’s coach, Zinnbauer expressed his delight at the achievement but also spared a thought for his 24-year-old boy, who remains in a stable condition in a coma, contrary to some previous reports that he had lost his battle.

“I have to say, for me personally, this is a title for my son Fabio. It is a difficult time for my whole family and I came back to Africa, so personally this for me is for my son. I hope we get him back,” said Zinnbauer.

“You know the private things are private, I hope you understand this, but I can say that Fabio is [still] in a coma, he’s better than before in [the fight for his] life.

“This is important for us, the next weeks and months, we have to wait and see what happens.

“At the end of the day, I think we deserved to win and we earned this title. I’m happy for the supporters, the club, the squad, and thank you for the team, who made a very good job.”

DJ Fresh and Euphonik are still facing charges on suspicion of rape and violence. Today, we take a look at