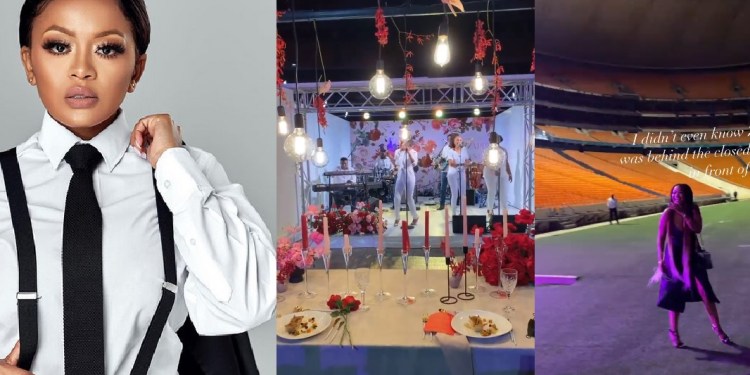 Thami Ndlala and Lerato Kganyago topped the headlines this past Valentine’s Day with their romantic dinner setup at FNB Stadium. The date night was filled with red roses all over the stadium and a live performance by Zonke Dikana.

Currently, everyone has been asking themselves the same question: Who is this man, and what does he do for a living? We answer that for you below:

Thami was born in a small town in Mpumalanga. He is the second born and eldest son of the late Joe Ndlala, who was a chief. His father was passionate about serving and uplifting the community, the one thing that the son took after him. He is the founder of the Joe Ndlala Foundation. As a young boy, Thami was passionate about business, the one thing that propelled him to venture into the industry and start Two Ndlala Brothers that deals with luxury vehicles. Apart from his ambitious self, he was married to Metro FM’s presenter, Lerato Kganyago, for a couple of months, although his ex-wife announced their separation on 14th May 2020.

Lerato Kganyago’s husband, Thami Ndlala, booked out the FNB Stadium to spoil his woman this past Valentine’s Day. He also booked Zonke Dikana to sing at their candlelit dinner.

Local celebrities who are not only good at their careers but also know their way around the kitchen!

Natasha Thahane! 5 Things you should know about her