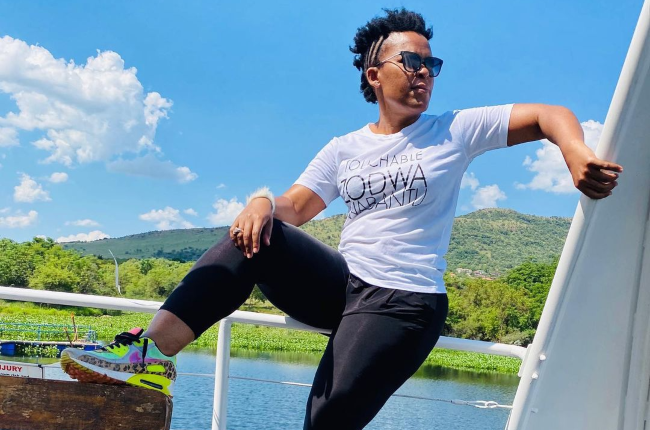 She began in her video by stating:

“I’m just looking for one rich man to take me, Tired of Being Side Chick.

I don’t want to be his wife, but I want to stand with one man. I am tired of having s.e.x with other men that come and go. In the event that there is a rich man out there for me, God please make me somebody’s better half. I havenot laid down with numerous men here in Johannesburg. I have just laid down with one man and that was a year ago.”

The artist’s latest revelation had her fans in stitches as usual as she’s famous for being a free mouth and leaving Mzansi shouting TMI (too much information). Zodwa knows how to get Mzansi talking as she is careless about herself. The entertainer’s dating life has always been a hot topic during her career, as she is known for dating younger men. However, she became known in the industry for being a side chick to her now friend, Khanyi Mbau. She also hinted before moving to Johannesburg that she was dating an older man who was from Joburg. Her fans are somewhat bewildered by her most recent revelation as she spent the better 50% of a year ago displaying her relationship with a secret man, but is now looking for a rich man to take care of her.

The man had numerous ladies wondering about his identity yet Zodwa stood firm to not uncover his identity.

It would appear she was the man’s side chick yet again as she now reveals that she’s worn out on men playing her. Her fans are still wondering if she’s serious or just being humorous.

The reality star who is also famous for dancing without underwear, and causing a stir wherever she was performing has now looked for other means of survival as gigs closed during Lockdown Level 3. The entertainer shocked Mzansi when she revealed that she is now selling eggs and chickens!

She’s also shocked her fans when she said she’s set to launch her own premium cider, which will probably take off after the alcohol ban is lifted since the government banned the sale of liquor.