Bloemfontein Celtic have reportedly sold their PSL status to Shauwn Mkhize for a fee believed to be in the region of R50 million.

According to FarPost, the deal for MaMkhize to own Celtic is as good as done following the approval by the PSL executive committee.

The publication reports that all that’s left is for the R50 million to exchange hands between MaMkhize and Celtic owner Max Tshabalala.

BREAKING NEWS#FARPost can confirm that the PSL Exco has approved Bloem Celtic's sale.

Now the only outstanding matter is for the money to exchange hands between Celtic boss Max Tshabalala and the buyer, Shauwn Mkhize.

The news of MamKhize successfully purchasing Bloem Celtic doesn’t come as a shock at all after reports of her intentions to do so emerged on Friday.

Bloem Celtic will also relocate to KwaZulu-Natal ahead of the start of the new DStv Premiership season this week.

The PSL is set to make an official announcement on the ongoing changes in due course.

Here is a leaked approval of Bloemfontein Celtic’s sale to MaMkhize: 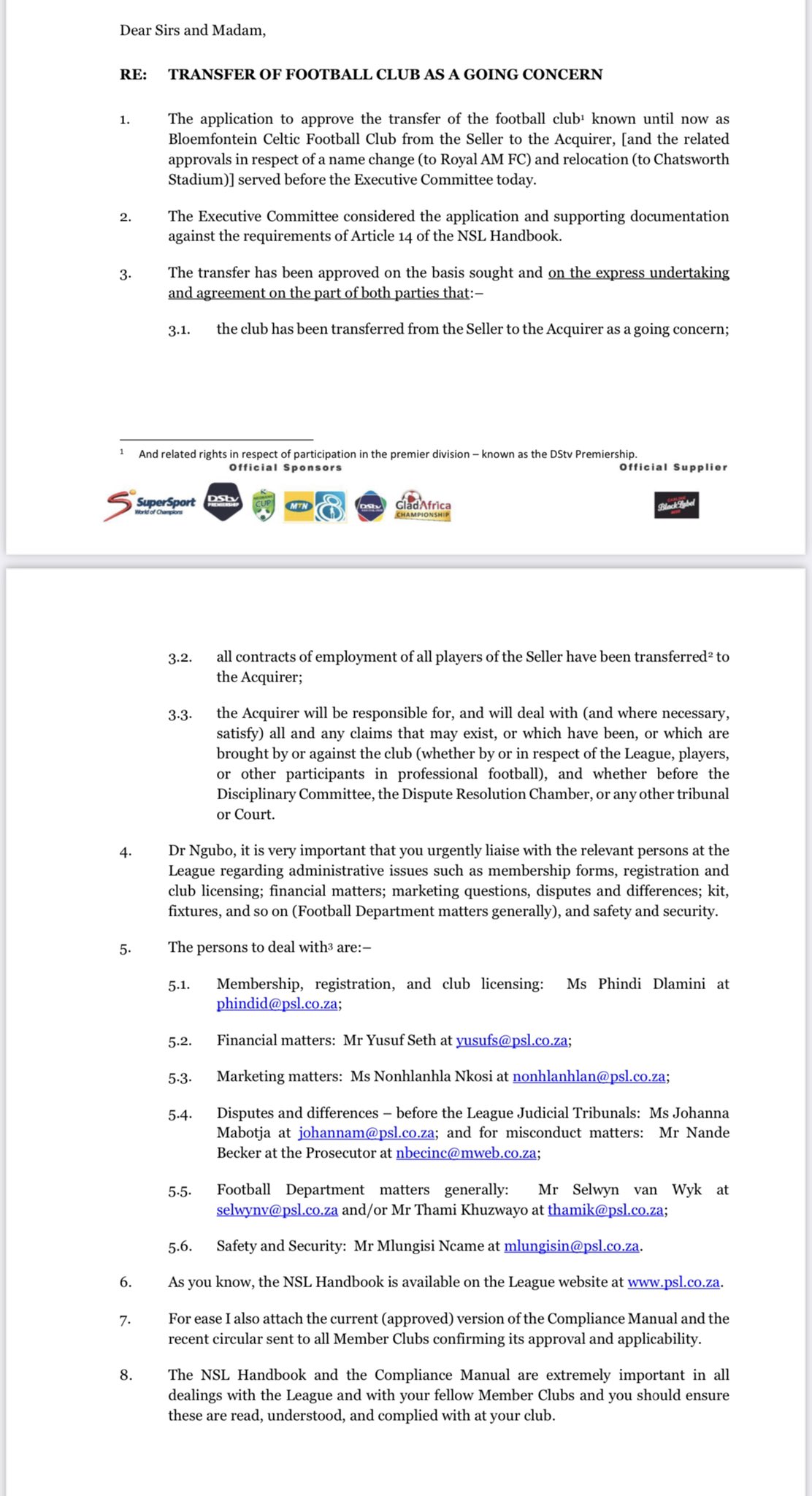