Pay Attention South African teams, Mamelodi Sundowns is coming for everything. The club’s president Tlhopie Motsepe is really taking his club to the  international stage and making sure fans around the world know about Mamelodi Sundowns. Tlhopie, son of Billionaire Tycoon Patrice Motsepe, recently invited LaLiga officials and top European technical coaches to guide his scouting department, youth coaches and senior members The Brazilians’ latest move comes after the club recently announced a partnership with Roc Nation, which is linked with global music icon, Jay Z . Motsepe is planning to take the Sundowns brand to the global scene, according to the latest media reports. The young Motsepe became the president after his father, Patrice, was voted as the president of the Confederation of African Football last year. IOL reports that the young football boss recently invited top technical experts who visited Chloorkop to share ideas with his technical team members. 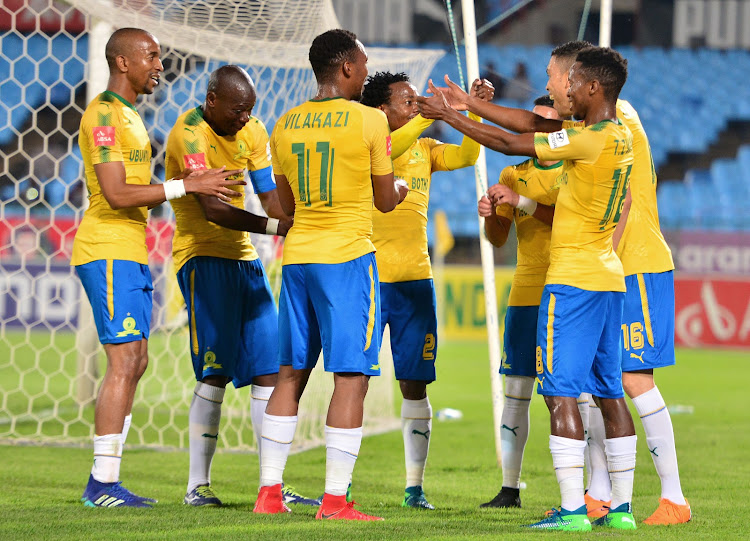 The 32-year-old is reported to have secured the services of leading LaLiga Uefa Pro Licensed coaches for an exclusive workshop for the Brazilians’ 20 technical members, including those of the youth academy as well as the scouting department.

After forming a partnership with Jay-Z’s Roc Nation, Mostepe Junior is now setting his sights on bringing more experienced faces. He said: “Our motto, ‘The Sky is The Limit’, reminds us that no dream is too big and by working together with like-minded organisations, we can go further and inspire those around us.” Toni Alvarez and Luis Martinez were part of the technical team and were accompanied by LaLiga Southern Africa Managing Director Marcos Pelegrin as they explored coaching methods. Club legends such as Godfrey Sapula, Surprise Moriri and Isaac Shai were also part of the training or workshop. LaLiga’s Pelegrin said:

“We are thankful to Mamelodi Sundowns and the club’s chairperson, Tlhopie Motsepe, for extending the invitation to share ideas and information between our LaLiga coaches and the Sundowns technical team. “It is part of LaLiga’s express desire to contribute to the growth and development of football in the Southern African region. We hope to have similar visits and exchanges with other PSL clubs and with football bodies in the Cosafa region, which are extremely mutually beneficial.”

All Blacks certain to win the 2016 competitions, where does this leave the Boks?