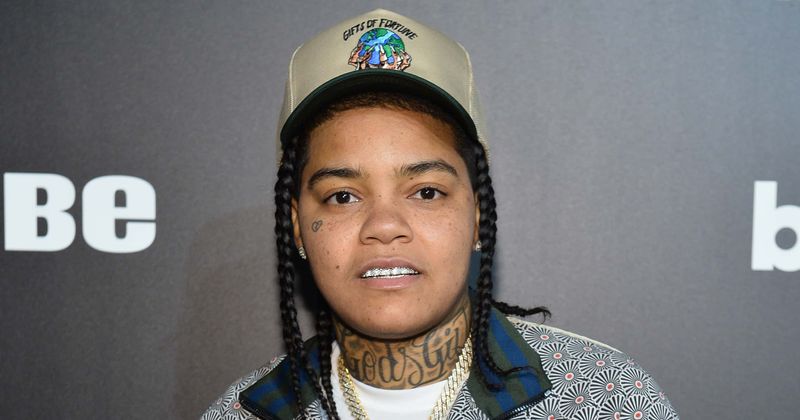 Twitter has been buzzing with rumors stating Young M.A is pregnant and these were also followed by some Kodak Black jokes.

Young M.A is all set to make her return after she took a break to check into rehab. While she prepares for a comeback, rumors about her being pregnant started online. Fans have been left shocked and have been reacting to the same on Twitter. In fact, some have even made memes out of the situation.

HOW DID THE RUMORS ABOUT YOUNG M.A BEING PREGNANT STARTED?

The rumors about Young M.A being pregnant started after the rapper appeared in the Head Krack interview. In it, the rapper shed light on how she wanted to have kids.

During the interview, Young M.A was asked if she sees herself being a parent. To this, the rapper replied: “Absolutely. I will be married by then.” The interviewer went on to ask Young M.A about her ideal situation and if she would want two boys or two girls.

To this, she replied: “I want a boy. I want a boy first and then a girl. That’s it. I rather have a boy first.” Young M.A also admitted that she has had a discussion about having kids with her girlfriend.

She said: “I told my girl this. I rather have a boy first because he will be the one taking care of his little sister.”

Young MA is trending on Twitter after an interview surfaces where she expressed that she wants to have children. 📹:(@headkrack ) pic.twitter.com/V5Zh15cRnm

Young M.A has kept her private life away from the spotlight. In the past, there had been rumors that the rapper had been dating Mya Yafai. In 2019, the pair had been spotted together as they were dressed as Beauty and the Beast at Megan Thee Stallion’s Hottieween party.

At the same time, in 2020, the pair reportedly went to Dubai to celebrate Valentine’s Day. However, there had been rumors that the pair broke up. This was also followed by news that said they had reconciled. As of 2021, it is unknown if the rapper is dating anyone.

WHY FANS ARE JOKING THAT KODAK BLACK IS THE BABY DADDY

Once the rumors about Young M.A being pregnant surfaced online, fans were quick to comment on the same. Amid this, Kodak’s name was also dragged into the rumors because of his song Pimpin Ain’t Eazy.

In it, Kodak raps: “I’m f**kin’ Young M.A, long as she got a c**chie.” Due to this, many started the joke that Young M.A might be pregnant with Kodak’s baby.

Moving on: Kylie Jenner covers up Tyga’s inked initial on her body.

In Pics: Somizi launched his cook book last night, this is what went down!