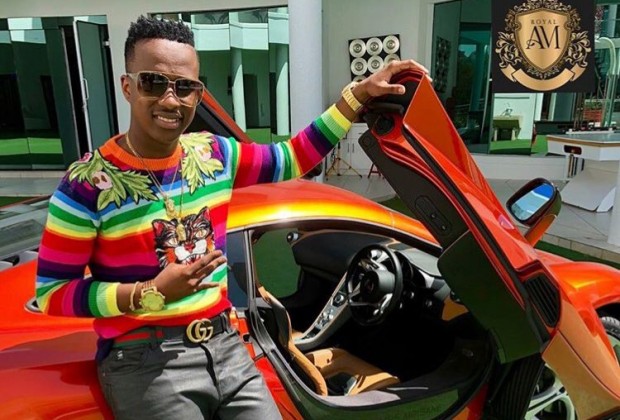 Social media opinion was split over flamboyant club owner Mpisane making his debut for the club he owns on Sunday.

Mpisane came on as a second half sub in his club’s 3-1 win over Uthongathi FC at the Princess Magogo Stadium on Sunday.

While some have dubbed him the ‘New Age Jomo Sono’ others have referred to it as an insult to South African football that someone could buy himself into professional football, while there are talented players struggling to get teams.

Royal AM, have now hit back at the ‘hate’ directed towards their 19-year-old Chairman, referring to it as an ‘obsession.’

“”chairman” “player” “number 10” “weight”…it’s the obsession for me” the club wrote on their official Twitter page.

Of course, this is not the first time Mpisane had a taste of professional football. The Kwaito artist made his debut for the now-relegated Royal Eagles in a 4-0 win over Witbank Spurs in 2018.

Mpisane’s side currently sits comfortable in fourth place on the GladAfrica Championship standings and are just three points adrift of leaders Sekhukhune United.